He asked ” shall we go then?”, the terrifying question she met with at the end of each day for the past week.
Her mind raced to say NO every time, but she being the new joinee and he being her manager and the corporate world being completely new and strange to her, she couldn’t say no out loud.
And every time they were in his car she was in dilemma- whether he holding her hand is innocent as he pretends or is he trying it as an advancement to something more, whether he is a genuine friend as he says or a disguised wolf waiting to pounce at the right moment, why he insists her to accompany him ,why she is obligated to share the journey with him just because they both take the same route and why she shouldn’t rely on her instincts which tells not to trust him because no boss would say that I am your best friend but don’t let others at office know that because they will be jealous of you.
“Lets go” his sound nudged her from her thoughts and without realizing she replied “NO Sir, I am going by bus”  at which  he was taken aback, surprised and disappointed he said “Are you afraid?”. Noticing the sudden change in his tone she answered, her voice unwavering,”No I’m not afraid”- when she walked away from him towards the bus she thought yes I’m afraid of you and yes that’s why I got the courage to say no today.
Linking this post to Five Sentence Fiction’s prompt – Fearless

12 thoughts on “The Mighty Fear”

This work is licensed under a Creative Commons Attribution-NonCommercial-NoDerivatives 4.0 International License. 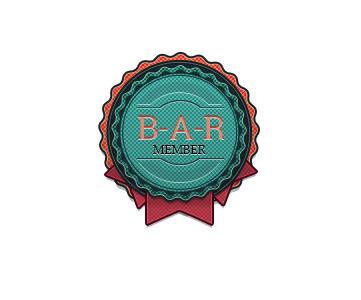 Reflections... Past, Present, and Future

Caffeinated wisdom, with a snide of sarcasm.

Ants in my Pants!

A daily selection of the best content published on WordPress, collected for you by humans who love to read.

One should count each day a separate life - Seneca

title
I Wrote Those

I Rhyme Without Reason

I live in words

The Adventures Of a Thirty-Something Life

Beat About The Book

A blog inspired by the eternal words of the Mother and Sri Aurobindo. A search for the inner beauty of thought, emotion, action, soul.

Through My Window Sill

The Rustle of Words

in my corner of the web.

Views From Around the Corner

Looking at life from a safe distance

Navigating the Uncharted Waters of Life

~ Poetry and Rhyme by Sumyanna -

“Never forget that once upon a time, in an unguarded moment, you recognized yourself as a friend.” - E. Gilbert

One Step at a Time

Nappy Tales and Me

A Granny's Guide to Bringing up Baby

Become the happiest, best version of yourself

Of Paneer, Pulao and Pune

We're in this Together

My thoughts and expressions

Poetry and fiction by a physicist from the dark side

Discovering myself, my family and friends in a foreign land, second time around

Searching for Wholeness and Finding Grace

Life From A Park Bench

And when I close my eyes, I feel like a page, with a crossed out name – Ryan Adams